The Sacred Path - Sermons on the Devotional Life

In July of 2018, Nick preached a couple of sermons on the devotional life entitled "The Sacred Path (parts 1 and 2)."  These sermons provided the raw material that later became the booklet "Walk the Sacred Path."  You can listen in below . . .

Posted by Mercy Hill Church with
9/9/20
in Posts 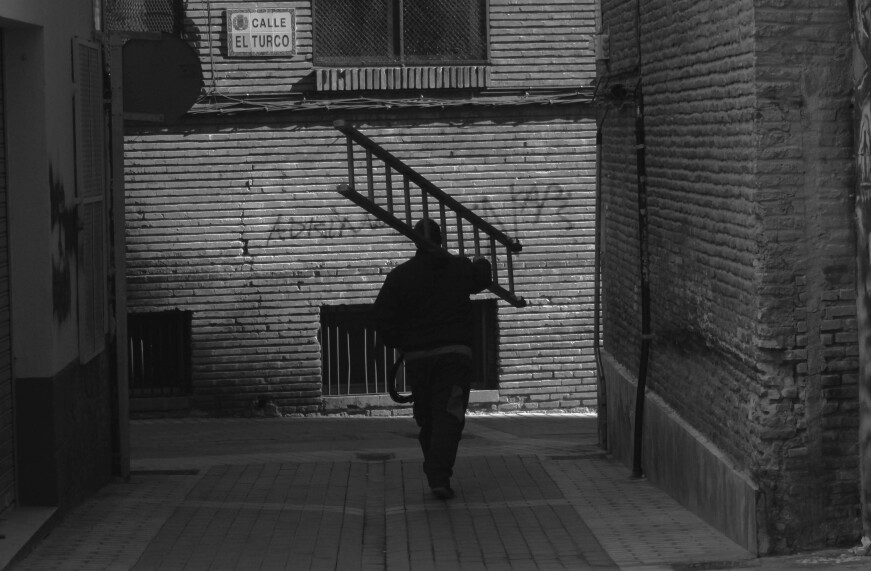 The men’s ministry met Saturday, August 29th at Almaden Lake Park - they enjoyed a short hike around the lake and Paul Walton shared the following with the group. We hope you are blessed by it!

“But whoever keeps his word, in him truly the love of God is perfected. By this we may know that we are in him: whoever says he abides in him ought to walk in the same way in which he walked.” 1 John 2:5-6

Keeping God’s word and following His law can be mistaken as being legalistic. The Jewish leaders of Jesus’ day followed the law, but they didn’t truly love God, leaving a negative perception of what the law ought to be.

“For while we were living in the flesh, our sinful passions, aroused by the law, were at work in our members to bear fruit for death.” Romans 7:5

Reading what Paul says about the law, we might believe that the law is actually something to avoid because it leads man to death. To put it visually, let's say a ladder represents the law. A ladder can be propped up, elevating an individual as he climbs up. This is how the Jewish leaders used the law, climbing up each step of the ladder by following all the rules to ultimately glorify themselves, rather than God Himself.

Though the leaders had tainted the Law of God, it is truly good when it is put in the right perspective. Going back to the illustration of the ladder, imagine it this time, instead of being propped up, being laid down—forming some sort of track for us to follow. Instead of climbing the ladder to elevate oneself, it can be followed along the path that is created.

“Now it is evident that no one is justified before God by the law, for “The righteous shall live by faith.” Galatians 3:11

Faith is the engine that we attach our lives to and it moves us along the tracks of the law. It is how we “keep God’s law” not by human willpower, but by the supernatural power of God’s spirit, as we live by faith in the Son of God.

When I first became a Christian, I tried (very unsuccessfully) to follow God’s law. With my own human willpower, I could follow the law and be successful for a short while, but eventually, I would sin horribly and be left thinking I could never be a true follower of Christ. The sin that was in me would always win in the end.

At the time, I didn’t realize that I was trying to live by the works of the law. I wasn’t living by faith, but by human willpower: I was a Pharisee in practicing my religion. Though I knew Christ as my Savior and my Lord, He wasn’t my highest Treasure. I was serving Him out of duty, not out of true love for Him, and my servitude was more of a business transaction than a relationship.

I mistakenly believed that if I followed His word and didn’t sin too badly, that He would have to bless me. Honestly, I didn’t view Christ as my Treasure, but as Boss to please. I became quite miserable in thinking that just being saved was enough. Why should I even try and follow God’s word if I was a failure and it wasn’t any “fun”?

By God’s grace, I found teachings of reformed theology and John Piper's ministry, which opened my eyes to understand living by faith, and showed me how to Treasure Christ as my Savior and Lord. This led me to Mercy Hill Church and our previous pastor, Steve Fuller, where I continued to learn what it means to live by faith, which is what saved me from almost walking away from Christianity based on works of self-righteousness.

“I have been crucified with Christ. It is no longer I who live, but Christ who lives in me. And the life I now live in the flesh I live by faith in the Son of God, who loved me and gave himself for me. I do not nullify the grace of God, for if righteousness were through the law, then Christ died for no purpose.” Galatians 2:20-21