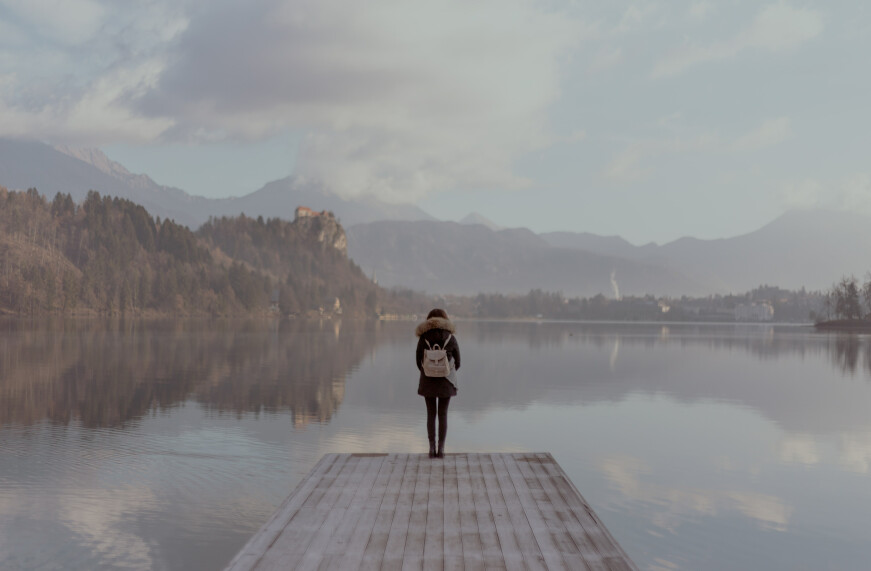 The following was shared by Christina Lugo at the latest Mercy Hill Women's event.  We hope it blesses you!

During this strange and often, if I’m being real, maddening time right now, I can just be overwhelmed by all the darkness, sadness, loss, and confusion that is around us. It’s like a bad dream or a bad sci-fi movie.  It’s during all this, that I start to wonder . . . what is God doing? Where is He? How can this really be part of His plan?

And I have to turn to His Word for truth- because I can start to believe lies. Little lies that snowball into big lies and a spiral of sin.

They happen so quickly and yet...the weight of each little lie can be so heavy. What do all these lies really reveal about my heart? They reveal that I don’t really think God has it under control, that He doesn’t really have my best in mind, that because I don’t actively see and hear His plan, He must not have one.

To combat these lies, we have to go to God’s truth. There are so many places in scripture we can look at like:

These are all great, but today I want to look at a different place. An in-between space. A place where it may seem like God doesn’t have a plan—Malachi 4 at the end of the Old Testament.

Malachi is one of the Old Testament prophets who probably wrote about 100 years after the Israelites return from exile. He is unique in that he uses a prose style to write which makes it really interesting to read and study. The majority of Malachi is a back and forth between God and His people kind of arguing back and forth, with God having the final word. This last chapter is a summary of His prophecy as well as kind of a bookend to all Old Testament prophecies.

1 For behold, the day is coming, burning like an oven, when all the arrogant and all evildoers will be stubble. The day that is coming shall set them ablaze, says the Lord of hosts, so that it will leave them neither root nor branch. 2 But for you who fear my name, the sun of righteousness shall rise with healing in its wings. You shall go out leaping like calves from the stall. 3 And you shall tread down the wicked, for they will be ashes under the soles of your feet, on the day when I act, says the Lord of hosts.

4 “Remember the law of my servant Moses, the statutes and rules that I commanded him at Horeb for all Israel.

5 “Behold, I will send you Elijah the prophet before the great and awesome day of the Lord comes. 6 And he will turn the hearts of fathers to their children and the hearts of children to their fathers, lest I come and strike the land with a decree of utter destruction.”

Now that initially sounds intense but also encouraging! He will send a prophet (John the Baptist) to prepare His people for His coming. God promises that He will come to Earth and for His people, it will be the most joyous day ever. We will leap like calves! God’s heart will turn to His children and their hearts will finally turn to Him. Pretty encouraging if you ask me!

Can you imagine how His people must have felt? Lonely? Abandoned? Like God had forgotten His promises or maybe made a mistake? Maybe they felt a little like we can feel if we’re honest right now?

I know what you’re thinking—this is supposed to be encouraging??

Here it is. This is how the next page, the beginning of the NT starts:

18 Now the birth of Jesus Christ took place in this way.

How amazing. How powerful. It came true! The prophecy was fulfilled! And not just this one singular prophecy, but all prophecies that God had authored since the beginning. He did not forget His people. He did not make a mistake. He had a plan and it was . . . perfect.

I love how Matthew sets up this truth by starting with the Genealogy of Jesus. He doesn’t just say Jesus was born!  Instead, he shows us that every generation was part of God’s plan. Every child born, every marriage, every piece of history was His design. The apostle Paul writes in Galatians 4:4-5, “When the fullness of time came, God sent forth His Son, born of a woman, born under the law, to redeem those under law, that we might receive the adoption as sons.”

God had a plan and He executed it perfectly.

Now if this was a sermon, we would go into the history that happened during these 400 years, but I’m not Nick and this isn’t Sunday, so the 2 main things to take away is that there were a few changes in power during this time and they greatly changed the landscape. One was the Hellenic Age, which lead to the spread of speaking Greek and the other highlight is during the Roman rule, roads and infrastructure were built. This is just a sample of how the timing was crucial-without these developments, the spread of Jesus’ ministry, the Gospel would not have permeated the Gentiles. But I digress.

So God had a perfect plan and He even shared glimpses of it through His prophets like Malachi. But the Jews at the time of Malachi’s prophecy could not see the outcome. It would be 400 years before Christ is born.  We have a special gift in that we are on the other side of the cross. We know the prophecies came true. We have His word available all the time, any time we need it to show us He hasn’t forgotten us. He doesn’t make mistakes.

His Spirit and His word are here for us every second of every day. His son is interceding for us every moment.  He has a plan and He is perfectly executing it right now at this very moment. And that is good news!!

Now, that is my personal encouragement right now—proof that God had a plan, a perfect plan and He executed it beautifully.  We always need God’s word, God’s truth in our lives. We need His encouragement now more than ever.  And we need our fellow believers, our sisters in Christ more than ever as well—we are all stuck at home, mostly isolated for at least the past 7 weeks, who knows how many more- this is not how we are designed! We need community, we need truth, we need each other.

1 Thessalonians 5:11 - Therefore encourage one another and build one another up, just as you are doing.

We would love for you to consider writing an encouraging note with scripture, drawing a picture, whatever direction you’re led, and share it with someone at Mercy Hill in the mail or digitally. (Note: While this was an exercise we did with the Women's Ministry last Sunday, we encourage anyone in the church to connect and build someone up today with the truth of God's word.)

Posted by Christina Lugo with